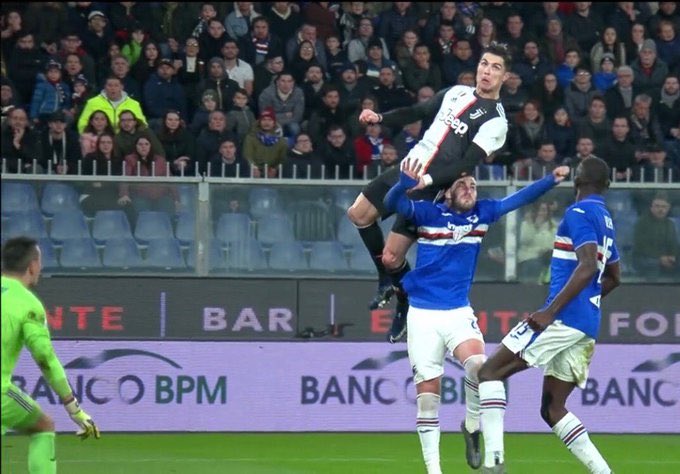 Have you seen Ronaldo’s last goal? Yesterday, 18th December, Juve played against Sampdoria and won with two splendid goals from Dybala and Ronaldo. In particular, Ronaldo’s goal was monstrous in technique and athletic level. CR7 hit the head ball with an incredible elevation remaining suspended for an infinite time. Cristiano Ronaldo has accustomed us to similar goals, with enormous elevations, but this goal seemed to be from another planet. One of the best goals in football.

4 thoughts on “The monstrous goal of Cristiano Ronaldo against the Sampdoria.”