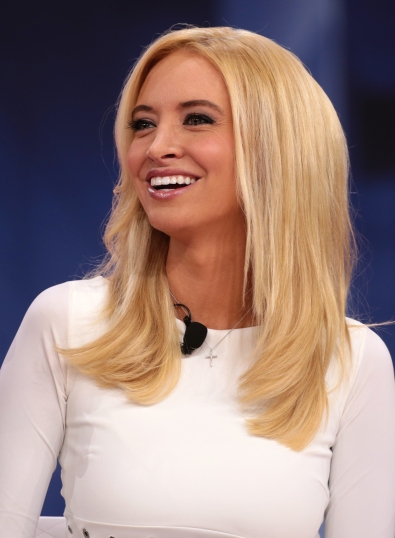 WASHINGTON – Yesterday was the day of Kayleigh McEnany’s debut on the podium of the White House in front of the reporters. “I will never lie to you. I give you my word.” Trump’s first spokesman, Sean Spicer, made his debut in 2017 by spreading false information about the crowd rushing to the inauguration of the new president. At thirty-two McEnany succeeds Stephanie Grisham, who with his ten months in the service of the president, has not even had time to acclimatise. She is the youngest to fill the prestigious role of head of communication in the White House. Originally from Tampa, Florida, a republican family, she graduated in law from Harvard, studied in Oxford, was a correspondent for CNN and is very social. It is on Instagram that his whole life flows. Perfect, like in a movie. An important graduation, rich, blonde and with a postcard family: a 29-year-old husband, handsome and athletic, baseball player on the Tampa Bay Rays team and a wonderful little girl of a few months.