The International Day against Nuclear Tests is observed on August 29. It was established on December 2, 2009 at the 64th session of the United Nations General Assembly by the resolution 64/35, which was adopted unanimously.

The resolution in particular calls for increasing awareness “about the effects of nuclear weapon test explosions or any other nuclear explosions and the need for their cessation as one of the means of achieving the goal of a nuclear-weapon-free world”. The resolution was initiated by Kazakhstan together with several sponsors and cosponsors to commemorate the closure of the Semipalatinsk Nuclear Test Site on August 29, 1991.

Following the establishment of the International Day against Nuclear Tests, in May 2010 all state parties to the Treaty on the Non-Proliferation of Nuclear Weapons committed themselves to “achieve the peace and security of a world without nuclear weapons”. 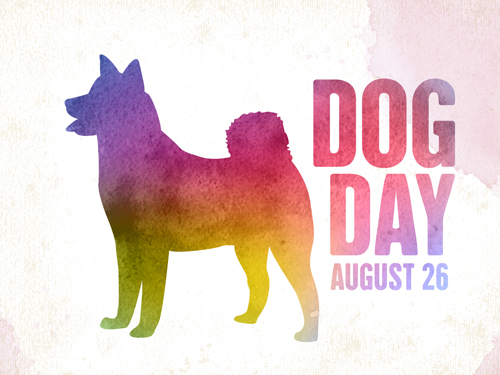 Here the paw, today more than ever. International Dog Day is celebrated on 26 August, an initiative that serves to pay due recognition to what, by definition, is identified as man’s best friend. Conceived in 2004 in the United States, on the initiative of Colleen Paige, dog educator and author of books on the subject who has chosen this date recalling the one in which her family’s first adoption took place when she was 10 years old

Anyone who hasn’t had a dog doesn’t know what it means to be loved.

Always looking at your agenda makes you mad … You always have to find the right balance. Never, as at this moment, is this Peanuts maxim true. In fact, in the time of the Coronavirus people had to reinvent their day, often out of the ordinary. Always looking at the calendar automates too much our creativity or inventiveness in doing things, often making us mechanical and devoid of any interest in details about things …