At around 9:00 am (now New York), problems were reported on facebook and instragram. Many users have complained about the visualization of images. It seems a shadow of a doubt the cause of the problem is on the fateful day: today, in fact, being the day of thanks, the facebook and instagram servers are stressed and clogged with intense web traffic.

Our image never coincides with our soul but it certainly influences it.

To think that social media is just a pastime is pure utopia.  In fact there are many people who use facebook (or even other social networks) to let off steam.

With this you can define a confessional facebook. people can even let off steam with images … and maybe it’s also a natural and human side but sometimes it does as if they were going to a religious confessional …

This time it remains difficult to extrapolate a reflection, but I try anyway

Even the dogs have a virtual world, in which the friends sniff each other, probably at the tail.

The virtual world always exists even when we interpret on the street the clothes of a character who does not belong to us. So the dogs created their world with the tail wagging.

If anyone has any better insights, suggest me! Good evening!

A new security problem for Facebook has been revealed at this time. This time the mobile numbers of users of the social network were affected; they were put online due to a baffling and inexplicable lack of attention in the management of the database that contained them.

Furthermore, something even more serious was discovered: that the database was not protected by any password, leaving the information available to anyone who knew how to recover them.

The figures of the numbers are impressive: according to the report there is talk of as many as 419 million telephone numbers connected to Facebook user accounts and easily accessible to anyone. Of the more than 400 million data, 133 million were US users.

However mobile phone numbers were not directly associated with name and surname but only with an identification number, with which it is difficult to trace the user’s first and last name.

This novelty has already been applied to the other Zuckerberg social media: instagram! And it brought great changes because the likes were the first indicative data to know the popularity of a profile.

This novelty is part of a Mark Zuckerberg philosophy project to remove the stress and emotion that brings the number of likes on the social media. The company has not declared any further information and is still not sure what the platform will reserve for its users.

In recent months, zuck had announced its intention to merge Facebook Instagram and Whatsapp. The three social (even if Whatsapp is not a true social network) of his property would offer various services in a single APP.

One of the changes that will take place in the next period is the addition of the words “from Facebook” next to the names of WhatsApp and Instagram.

However we do not know the details of how the three apps will be merged, and also what impact it will have on users and the global web.

For example, it has recently been announced that the FTC (Federal Trade Commission) in the US is investigating to see if acquisitions such as those of Instagram and WhatsApp (but not only) have been made to eliminate potential future competitors. This would have made the market less competitive at the expense of users and other companies.

So perhaps the union of the three social networks would make a possible evolution of investigations on the acquisition of instagram and whatsapp more secure.

According to the last statements of last month, for the next year the new cryptocurrency created by facebook could come out and could create a real revolution because it could allow developing economies, which lack banking systems, to fully exploit the currency of facebook for purchases of basic necessites.

. Cryptocurrency should be supported by Calibra but will also contribute to many other companies that will form a real association.

In recent days, however, the criticism has arrived from some members of the ECB (the European central bank) stating that the cryptocurrency of facebook are a bunch of absurdities and the financial maneuvers are without regulations.

Even the US state has taken the initiative, asking facebook and other partner companies to suspend the development of the stablecoin. 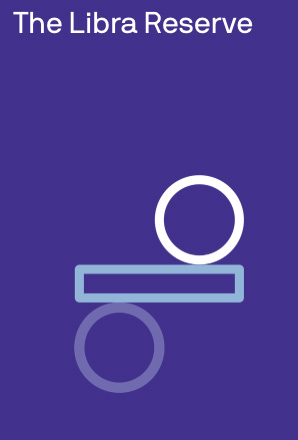