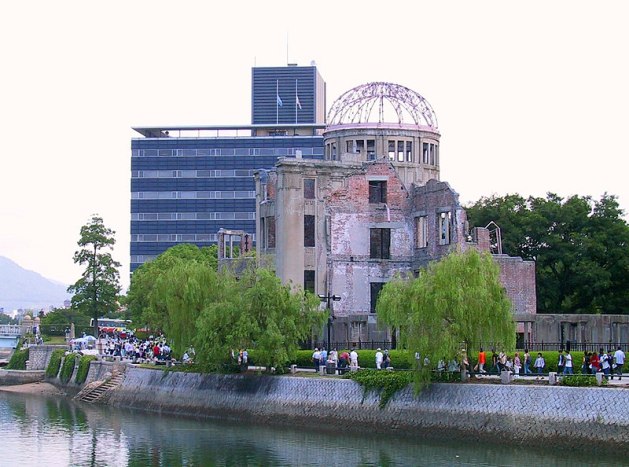 The Peace Memorial (原 爆 ド ー ム Genbaku Dome ?, “Atomic Bomb Dome”) is a site belonging to the UNESCO World Heritage List since 1996 which is located in Hiroshima, Japan

The building, consisting of three floors and built with bricks and mortar, was designed by the Czech architect Jan Letzel and its construction was completed in April 1915. The building was intended to house the trade fair of the Hiroshima prefecture. It changed its name several times, but it always had purely commercial purposes.

On August 6, 1945, the nuclear explosion occurred a very short distance from the building, which was the closest structure among those that resisted the bomb. This construction remained in the same state in which it was located immediately after the atomic attack, and is now used as a warning in favor of the elimination of any nuclear arsenal and a symbol of hope and peace. 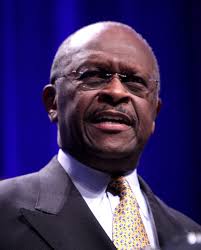 Herman Cain is dead., He is an American businessman and politician who for a few months in 2011 as the favorite candidate in the Republican Party primaries, died before retiring following various footsteps and various accusations of sexual harassment. Cain was 74 years old, was African American and had been hospitalized for three weeks after falling ill with COVID-19: at the end of June he had attended the controversial rally of President Donald Trump in Tulsa without wearing a mask (masks that he had repeatedly openly criticized).

Cain – born in Memphis, Tennessee, into a poor family – had become very rich and famous thanks to his career as an entrepreneur. After a few years of apprenticeship at Coca-Cola, at 36 he was appointed head of 400 Burger King restaurants in the Philadelphia area and, given the good results, he was then promoted to CEO of the Godfather’s Pizza restaurant chain. Cain arrived in 1986, restored the company and bought it in 1988, continuing to be the CEO until 1996. That year he began to devote himself more consistently to politics and in 2011 he ran for the Republican Party primaries. He didn’t seem to have a chance, but his good speaker skills and affable personality in a few months had led him to the top of the polls, ahead of Mitt Romney. 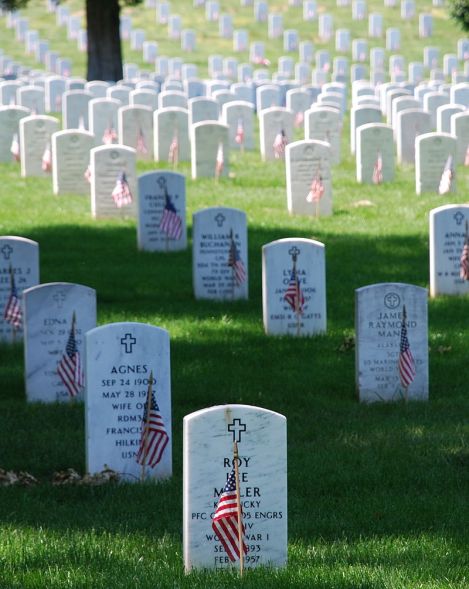 Many people visit cemeteries and memorials on Memorial Day to honor and mourn those who died while serving in the U.S. Military. Many volunteers place an American flag on graves of military personnel in national cemeteries. 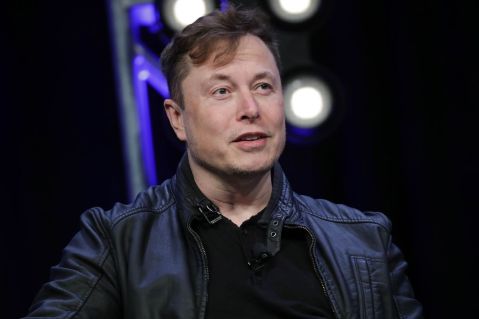 American businessman Elon Musk wrote on Twitter on Friday that the value of the shares of his tech company Tesla was too high, according to him. In just a few minutes, Tesla’s shares lost nearly 10 percent on the stock exchange, going from over $ 760 each to less than $ 690: a loss of capitalization – that is, the total value of the shares – of about 14 billion overall, and about 3 billion for Musk’s share only.

Musk is known for his controversial and seemingly impulsive tweets, which in the past had already created major consequences for society. In 2018, he announced cryptically on Twitter that Tesla would withdraw from the stock exchange, which hadn’t happened. The SEC, the U.S. stock exchange control agency, therefore requested that from then on its tweets with sensitive information should have been approved by an external commission. The Wall Street Journal asked Musk in an email if he was joking in the tweet and if he had checked before publishing it: “No,” Musk replied laconically.

Finding the culprit for all this worldwide upheaval is trivial for many: the virus started from China. Although many have already blamed the Chinese on the crime, and above all for not having promptly informed the scientific community of the situation, but also probably for the fact that the reported numbers of the infected and the deaths is not the one declared. By dismissing the question of whether the virus accidentally escaped or not, giving rise to conspiracy theses, which will almost certainly be talked about once the health and social but not the economic emergency is over, China’s credibility on the diplomatic issue is not never been questioned. In fact, if we analyze the last decades from the post-war period to the present, China has never worried from the conflictual point of view and the United States and any other world power. Excluding the mere economic clashes with the USA, which China is facing with the payment of tariffs on Made in China products imposed by President Trump, world diplomacy appears all too neutral and thinking of accusing the Chinese is too superficial, especially if it is believed that China is the absolute engine of the manufacture and that without it many products would not exist. China’s alliances established during the Vietnam War, on the other hand, are far too marginal.

The consideration on China’s diplomacy is not to be overlooked because thinking that a nation, with a population of 1 billion and a half and with a territory with the greatest resources of raw materials, could one day face a world conflict puts much terror. Hence probably one of the plausible reasons that the virus could be only an alternative way (or perhaps the only alternative way) to face an indirect world war, of which the singularity is perhaps that of not having allies and enemies if not from the economic point of view and on the supply of sanitary material.
There could also be more noble purposes to the thesis of the accidental nature of the Pandemic, namely that of reducing pollution, of which China has seen the benefits of the lockdown first, with a net decrease in polluting emissions.

But there could also be numerous other theses, including that that the current virus is nothing more than a simple test of other possible future viruses, whose lethality may be much greater. And even if this conspiracy thesis is not true, the fact of imagining that a virus with even greater lethality can be propagated in a natural way is only beneficial in protecting oneself and preventing itself from the future to come.
The regime established in the eastern nation, in an almost genetic way since primordial times, does nothing but obscure the truth about the real responsibility for the spread of the virus, because no Chinese would dream of opposing his government, which until now – at least since post-war period to date – has always boasted unequaled consensus.
If you then reflect on the religious and philosophical culture of the people – almost purely Shenxianesima – what comes out is a unique profile worldwide, where dedication to work is the cornerstone of a system. Although often the dedication to work is such as to even detract from the health conditions, it is seen as a sacred dedication. In fact, the Chinese are famous for sleeping on their place of work and being often abandoned in the cartoons .. This suggests that any correlation to the double end of the spread of the virus will never be revealed by a people who would die of devotion for work and for his compatriots.

What will happen in the next few days or months? This is the question that everyone is asking, especially after the reaction of the Asian markets following the American raid.

Because a possible war could destabilize world markets (and stock exchanges) by generating economic crises. The price of gold and oil have already gone up. And gold has reached its listing record since 2013.

Trump gave his word that as long as he is president of the United States, Iran will never have a nuclear weapon. This is in fact the reason for the current conflict.
General Soleimani killed by the drone was planning nuclear weapons as well as possible conflicts with other countries.

The united states are supported by many countries. Israel has said it will support Trump’s action as he considers Soleimani’s work bankrupt, having killed hundreds of innocents.

Instead, France has declared that it will not withdraw troops drom Iraq, where they currently reside, and where they explicitly support the United States.

It is always difficult to judge the action of the United States, which are often the judgments of the diplomatic balances of the world, but also and above all of peace in the world. Many believe that this conflict was triggered to overshadow the judicial problems of President Trump, who in recent weeks has suffered numerous accusations and impeachment for having illegally influenced Ukraine in the voting.

Others believe that the conflict was triggered also by economic interests, mainly due to that of oil. The truth is that the United States is always responsible for the balance of the world, but often by abusing its power, it chooses the timing and methods most suited to them.

There are many pretexts to start a war. Most of the time it is a reason to get hold of oil. Other times instead for interests of other raw materials. But it can also happen that the reasons are more (serious) as for example those of nuclear weapons. Iran has been repeatedly warned of nuclear weapons, the construction of which has often been kept in the dark about public opinion.

A few days ago the US killed the Iranian general Soleimani who raised fears of a new conflict that could involve many world countries. any suspected that the drone that killed the general left from the US military base in Sicily, but the Italian defense ministry denied today.

In the modern era, the most technological countries have unimaginable weapons for countries of “modest” size. In the future, nuclear wars are likely to be fought from an IT point of view, attacking the vital servers of the systems and cities to be affected.

What do you think President Trump does on black Friday? He will be almost indifferent to the people who crowd in to buy gifts and things on offer.

Donald Trump’s wealth is almost unimaginable. In recent days, on the allegations that they claimed falsifications in tax returns, he stated that he is richer than people may believe, after criticizing the New York prosecutor’s attempt to acquire “all the financial transactions I have done” .
Donald Trump announced that he will make the tax return known before the election. Like any other person, he will make Christmas presents, but surely he will not rush the day of black friday to shop, or at least not to do them all.

The president of the united states will have so many people to give gifts to, but surely an entrepreneurial man like himself often lives in a solitude of the successful man.

In fact, many people have claimed that in the years when TRUMP climbed the success it was very cold: “How much do you have to be an asshole to be a successful person?” 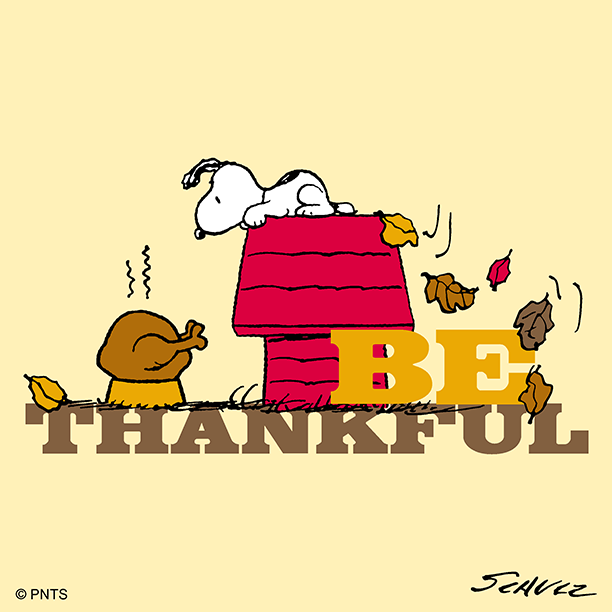 The day of thanksgiving began, as every year, with the parade in Manhattan with balloons of various parsonages, including snoopy in an astronaut version.

But this year the bad weather seems to ruin Thanksgiving weekend.

In fact, the deep oceanic depression arriving on the western United States will move right from next Thursday on the central US areas, shifting to the north-eastern areas by Monday, ruining the long weekend practically on almost all the US territory.

Day off for Wall Street, which today will be closed for the national Thanksgiving holiday. Trading will resume tomorrow with a reduced timetable. The New York Stock Exchange, Friday, November 29, 2019, will end the session at 1 pm local time (6 pm in England) instead of at the usual time of 4 pm (9 pm in England).